Woot! It’s Wednesday which means I show you 6 games in Alpha, Beta, Unreleased, or Early Access that look promising enough to add to your wishlists on steam or where ever. I try to keep these to games I have experience with so I am going by hands-on experience and not hype.

Of course, you can follow our steam curator, I highly suggest doing so. It massively helps the project and gives you good recommendations right in your steam client. By going here The Strategy Informer Steam Curator.

The format keeps evolving for Wishlist Wednesday and I have decided to give a bit more detail to each of the games featured that week and I have also removed the steam store links that would just add the game to the cart, that was not my intention. It was only games that were in Early Access that this happened to in the other cases it would go to the steam page. So now the button goes to the steam page for all the games.

IF you wish to discuss any of these further, join our Strategy Informer Steam Community.

Retro Tower Defense meets Roguelite Deckbuilder mashup of goodness. I love it when a genre mashup happens the possibility of a flavor explosion is exciting although sometimes you get strange combinations, for Cartridge Defense though we have the making of umami.

The game loop is building your deck of towers, abilities, and specials to use in each of the levels where you fight it out in the tower defense play and then adding new cards or upgrading cards in your deck to fight harder levels. Of course, you have unlocks, meta progression, and various game modes to keep things fresh and fun.

It’s all tied together in an 80s Atari meets Tron meets Miami Vice aesthetic that I found very pleasing.

While this is a single developer project the core game and content are in place and there is a ton of content to go through.

ADOM was released in 1994 and is considered one of the classic roguelites. Sometime around 2015 this was ported to a graphical version and released on steam. The next evolution in the series is Ultimate ADOM. The feature set for this is deep and the previous versions have set the bar in traditional roguelikes. Over the lifetime of the series, it has received major accolades and even considered one of the top roguelikes ever made.

While this is a recent early access release they have ported over a good number of features and iterated on them. It does have some kinks that they are ironing out and a bit of a fumbled early access launch it is receiving frequent updates and gets better and better. Based on the track record of the previous ADOM games this one is seriously on the one-to-watch list.

And yes there are 3d ASCII and 2D ASCII modes as well as 3D sprites.

The whole dystopian story combined with running a TV station concept was one I initially got excited about but then someone had to ruin it and say it had similarities to Papers, Please (which I bounced off of so hard my neck exploded). During the LudoNarraCon event, I decided to give it a shot, and frankly, I was blown away by how much I was smiling the entire way through the short demo. I did not expect to like this because of my prejudice against Papers, Please.

The gameplay has you doing the producing in a TV station. You control what goes out over the airwaves in an attempt to win hearts and minds to the cause. It’s a good deal of multitasking while you control the cameras, decide what actually goes out over the airwaves it even has a little mini-game that goes on where you move between interference so your signal does not degrade. The writing is funny, and I enjoyed this way more than I should have. The prologue is a small slice of the game so you can check it out. 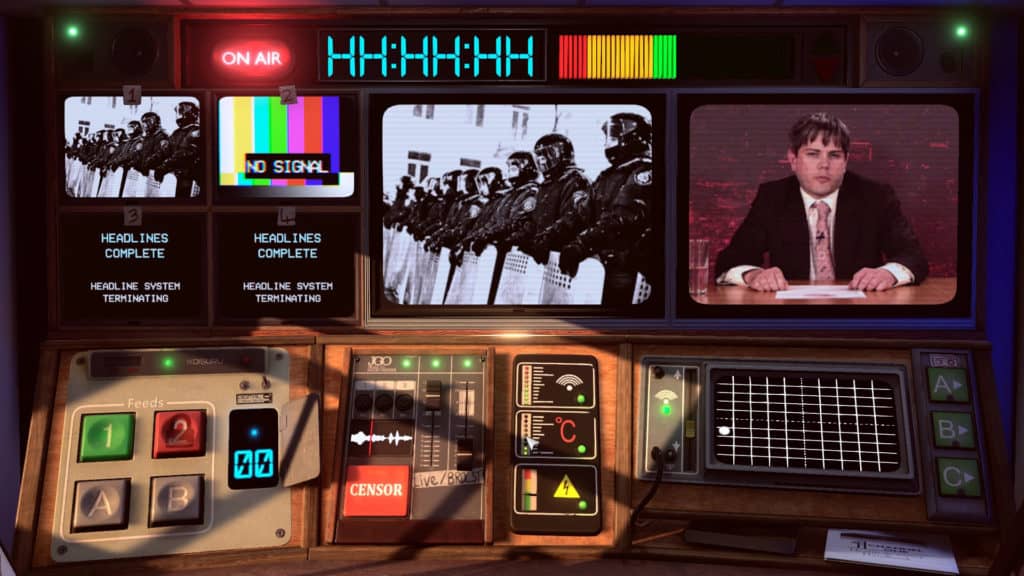 Not For Broadcast Steam Page

Sometimes you come across a game that just oozes charm, obsidian price while early looks to be that type of game. The pixilated voxel style graphics, the quirky writing, the ability to toss people up in the air and juggle them, and not to mention the play on RPG adventure tropes attracted me enough to the demo to dive into the pre-early access version, what I found when I got there were some unique systems in this hybrid turn-based tactical puzzle roguelike genre-mashing game.

The game features the over-world where you interact with the town and its inhabitants including building enhancements for the town and the roguelike dungeon crawl where you go from room to room clearing out the enemies and finding loot and treasure. Currently, there is the beginning of a story mode and a skill-based endless mode with unlocks that give you new tools to play but they do not overpower you or require meta progression.

The Inspiration and backstory system are ways of building out your character in a deck-style system each room you draw backstories that will be static enhancements to the encounter and each turn in the encounter you cycle automatically through your inspiration deck which alters what different abilities do.

It is quite early in Early Access (Hits on the 28th) but I like what I see so far and it’s certainly one to watch.

Vault of The Void

I really think this has the potential to hit the highs of the best of the roguelite deckbuilders. You can tell this is a project of passion and love. It is a seriously hidden gem even in early access and is one of the few games I have given a full recommendation on pre-early access, and to be completely honest It is a big challenge for me and I am certainly not the best player in the world here.

The developer has worked closely with not only the community but some serious card game fanatics to work on balancing and design both pre and post early access.

Saying this is one to watch is an understatement. If you factor in the price point and replay value it’s a must-have for the fans of the genre.

Vault Of The Void Steam Page

One part multi-character roguelite deckbuilder one part roguelike movement system and one part horror survival game make of an interesting design that merges the deckbuilder with resource management. Not only are you juggling the cards but also equipment and resources. A procedurally generated map with horror story elements thrown into it for fun. Updates have been coming at a good speed and the focus seems to be on bug fixes and balance.

The game seems to be on the difficult side with resource management making a significant impact on the difficulty. I do not think this is a bad thing at all. Every run regardless if you succeed or fail gives you coins to use for themed card packs for varied play and multiple characters to keep things fresh.

The alpha is available for you to check out on discord so you certainly can check it out.