How do I determine what goes into my picks articles? Well, for one… I look for the deals… Normally I will not say anything about something that is not at least 30% off. I also tend not to go for the bigger named games unless I find the deal to be exceptional. I am all about hidden gems. I really like to help with the discoverability of those games that just deserve more attention. These don’t even get put on the initial master list unless I have played them…

There is no hype here. This is 100% hands-on. I also remove items on the last pass to keep this at a reasonable length. Yes, obviously if you don’t Have Darkest Dungeon and can pick it up for $5 you should, but you don’t need me to tell you that.

Let’s start off with a pick that meets all the criteria, a fantastic hidden gem, and a deep discount on a 2 game bundle of games you hear little about but are fantastic.

These turn-based strategy survival management games are both highly underrated games that deserve more attention than they get. Dead in Bermuda was certainly an unpolished gem of a game, and Vinland just really puts on some shine these games are difficult which I find both enjoyable and frustrating. Help Will Come Tomorrow has a fantastic narrative section to it where the personality traits impact how easy it is to work together as well as gameplay revealing backstories.. Do not watch a video on these as it will spoil you. Heck be careful of reviews… Just get this bundle and thank me later.

This trio of board game conversions made by Handelabra Games starts out our list of game picks. Not only are they good picks they included as must-haves for the board-game section. All of them are still receiving updates and Sentinels is also receiving workshop support extending its content out to potentially infinite levels. If you don’t believe me on how good of a deal these are just consult Board Game Geek.

Another in the must-have board-game category. Being one of the few games to cover the cold war this area influence, card-driven game practically started the emergence of the COIN, card-based system. Still holding #1 position on Board Game Geeks wargame list after 15 years and a tight #11 overall this is a fantastic port of this game.

I have a bias here with Alexis Kennedy in that I have been a fan of this writing since Fallen London which I fell in love with because of playing World Of Darkness MUSHES (say 1994) sure the MUSH games were deep into narrative roleplaying but Fallen London (and later Sunless Sea) fired those same endorphins for whatever reason. Cultist Simulator is the most narrative card game I have ever seen. While people have given it bad ratings for being hard to learn, I disagree wholly here and feel that the learning experience is part of the game design. Another one where I recommend NOT watching a video to check it out.

I am going to get a lot of flack for this. I do indeed prefer Monster Train over Slay. I am sorry it’s just I groove with the monster and train stuff more than just the standard card synergy and artifact synergy of slay. Please do not cancel me for this, I realize it is divisive. This goes on the must-buy list. That does not mean you should not buy Slay at 50% off. I just thought that was more obvious and did not need to be put on the list.

When I think of tight design, Iris certainly comes to mind. The gameplay and the experience are in my book epic. This roguelite deckbuilder has some elements of puzzle and optimization of actions that I just seem to absolutely love and I am not a puzzle fan. It’s not really like the others in its category so it carves its own niche into the genre..

Ok, Ok… yes everyone has Battle Brothers already right? No? Just get it… This tactical combat mercenary management RPG is epic. The management features put it over the top for me being able to manage the bros, the equipment, the training, and then stick it on top of an open-world RPG with tactical combat… Yummy!
If you can’t deal with X-Com style RNG, you might want to ignore my advice here. It’s kinda brutal.

I feel that Age of Wonders III is the brightest of the stars in the Age Of Wonders series. The tactical battles set it apart in a crowded field of 4X games that often offer little enhancement and refinement to the formula. This is a good thing as the emphasis on the game is indeed on the battles with diplomacy taking a back seat. The number of hours you are going to get out of this one my turn game is fairly significant. If you must have the latest and the greatest in the way of graphics. The 4th in the series that takes it out of the fantasy setting and into sci-fi is also on a deep discount of -75% so $12.49 will get you Age Of Wonders: Planetfall.

They say it’s been called Firefly meets Dune! I say it’s one of the best post-release supported games out there, At the time of this writing there have been 270 content updates and we are not just talking a bit of cosmetics here and there, we are talking missions, classes, reworks and balances, talents, factions, game systems, and the list goes on and on. There is no DLC to buy, and this all came with the initial purchase. The game is a steal at full price but at 50% it’s just a must-buy.

This is seriously one of those labor of love projects. At its heart, it is a kingdom management game but there is a ton of procedural generation. Stories and such that are deeper than what you see in Crusader Kings, but the game is not complex. Oh, did I mention there are no graphics? ASCII all the way, and not this new school extended ASCII.. no way. Seriously, though if you can get past the ASCII, there is an amazing about of depth and systems to be had here.

I was in love with the concept of NEO Scavenger at first sight. Start with absolutely nothing and try to survive in a post-apocalyptic world is nothing new. But this has so many systems to keep you threading the line between realism and enjoyment. The game is hardcore as anything and there will be tears. It’s also a bit quirky and well maybe there are a few bugs still in it. But all the other features like realistic wounds to the turn-based text action based combat to the writing to rewarding aspects of surviving in this harsh world that Blue Bottle Games created. 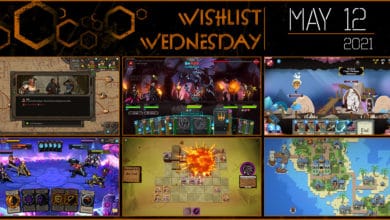 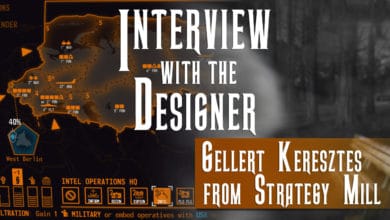