Facebook Twitter LinkedIn Reddit Share via Email
While Card Hog is in Early Access it’s very playable with lots of features. I usually do not give a full review for Early Access games but this is already fully featured and SnoutUp keeps on adding more. I will edit the review as needed when new major features are brought in.
Developer: SnoutUp
Platforms: PC, Mobile
Players: 1–2
Price: $3.99

Card Hog is at its heart a turn-based roguelite where cards represent the dungeon. You move your hog (there are different hog classes) through the card layout and encounter the spaces you move into.

There are special interactions between items that you are supposed to figure out, an example of this is you can use an item to ride a bull.

There are monsters, items, towns, dungeons, coins, and other things to encounter. As you progress you unlock cards that can show up as you move through the grid. The difficulty increases and there are boss mobs at specific intervals. 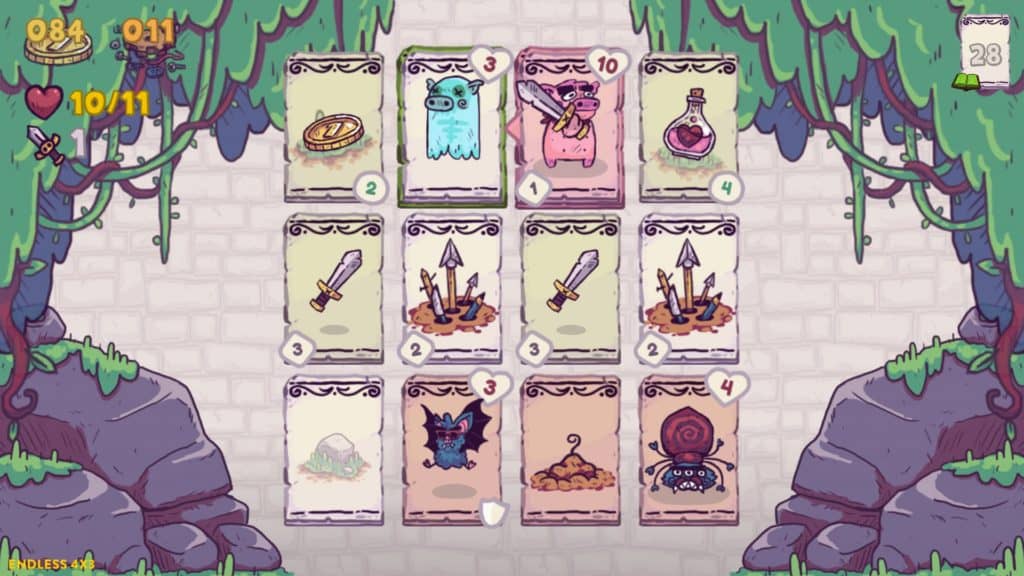 First of all the game is a great value. It’s 3.99 at full price and often goes under 3$ during sales. The price to value exchange is insane here. There is a ton of replay value.

I have very few negative things to say about card hog. For what it does it, does it well. It’s not the most complex game in the world but it’s fun. I would like to see some features added like bigger maps, leaderboards global and with just your friends as well as more unlocks.

While the game is fairly light it manages to have lots of features to keep you engaged and having fun. Even though it has that light feel and cute pigs the game has some bite to it the difficulty certainly ramps as you go. The artwork is very cute and really adds to the game.

The developer is always checking for feedback on Steam, Twitter, and discord. He is very responsive and does implement ideas discussed by the community.

Card Hog
Conclusion
It's a light roguelite that will keep you entertained at an amazing value. There is no reason anyone into roguelites or interested in trying them should not own this game.
PROS
Tremendous value
Cute graphics
Lots of Interactions
Lots of game modes
CONS
Lighter Game
Early Access
8
Hogtastic!
Where to buy
SteamItch.io