Every new game is a story unexplored by the player, but not every game can hold my attention with unexpected absurdities and hilarious stories. Maschinen-Mensch’s Curious Expedition 2 is a turn-based procedurally generated exploration game with a story, unlike the first Curious Expedition. CE2’s graphics are a gorgeous [Tintin] comic book-like hand-drawn style. 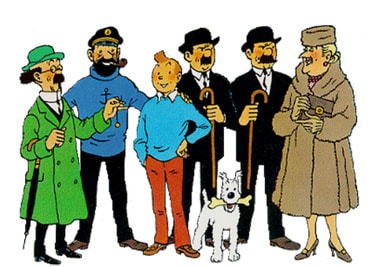 CE2 adds an overarching story through its campaign as the player confronts important choices. Players decide between explorers, The Big Game Hunter or Anthropologist, three difficulty levels, and consequences for death. Each explorer comes with various companions to aid in their adventures. Choose wisely, because every character also has abilities in the form of dice for combat and events.

Quests during play can unlock different explorer types. Plunderer, as an example, becomes unlocked after robbing 10 shrines. There are three different difficulty modes. The player can choose between the death consequences of restarting after a simple expedition, wiping gameplay after a year, or wiping the entire campaign. In this way, a player can choose a more roguelike style of play if so desired. 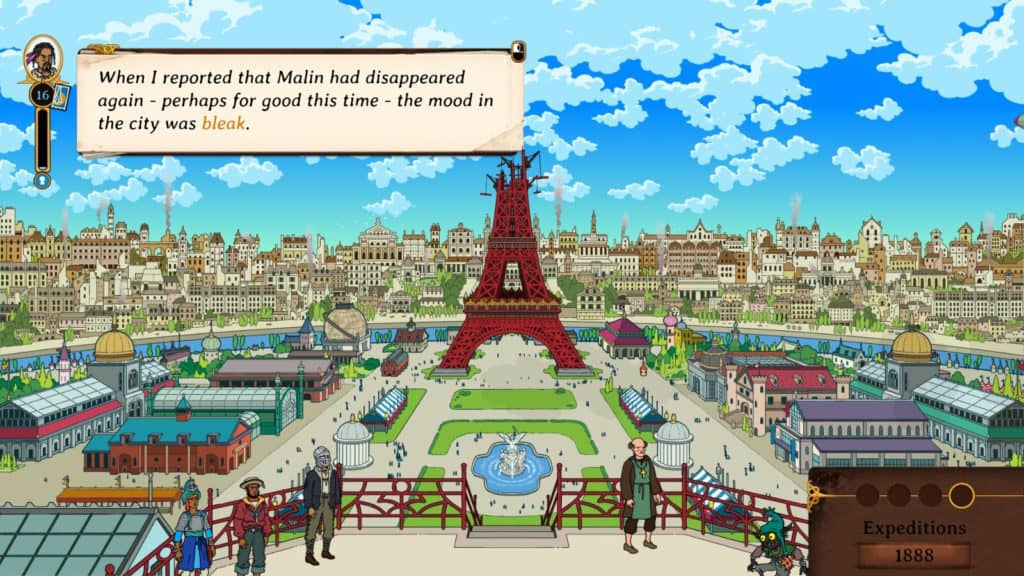 The game sets the player off in an alternative version of Paris in 1886. The hub of the journey contains a pub called Boussole Cassée where the player can recruit team members and eventually even hire a financier once unlocked. Boussole Cassée is also where one may change the game’s difficulty. Contained within the hub is a Shady Dealer selling equipment to purchase for team members. Among the pub and Shady Dealer, there are three clubs the player may choose from. The player’s chosen club finances the team’s expeditions. Each club has specific items and unlocks to enhance the team as the player continues to work with their chosen club and level it up. 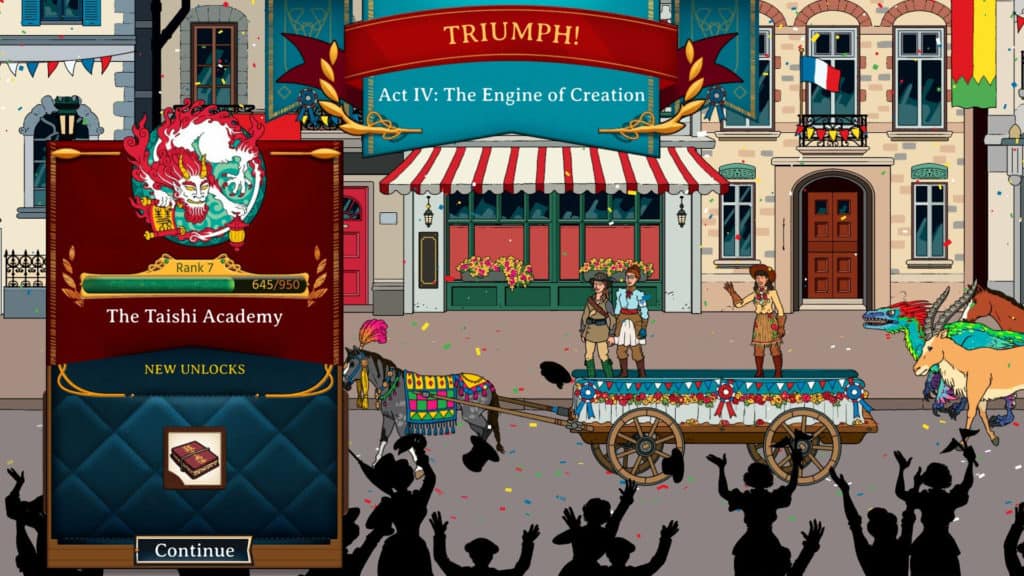 Maschinen-Mensch added a nice touch with club competitions. Players compete against other players online by finishing the task required for the contest. If the player is part of the winning club, the main explorer of the team earns a skin of a random hat which can be worn during gameplay. The player can choose between Lux Labs, The Royal Avalon Society, and The Taishi Academy.

Each club has unique unlocks and advantages. Lux Labs is the most industrious of the clubs, adding levels to equipment by spending tickets earned through finishing expeditions. The fancy Royal Avalon Society can cure party members of negative attributes such as alcoholism or kleptomania. The last thing an expedition leader needs is to worry about a party member’s loyalty because of a lack of alcohol or necessary equipment gone missing because a character cannot resist the urge to steal. While RAS can provide the solution for an ailment, The Taishi Academy can train characters with stronger abilities. It is very beneficial for gameplay to level up each of the clubs rather than focusing on only one club.

Once the player determines their party members, chooses a club to sponsor the expedition, and determines the difficulty level of the expedition depending on the risk versus reward, the group boards a ship and spends their funding on materials for the journey. The real fun begins when the ship sails off to an island where the player’s expedition begins. 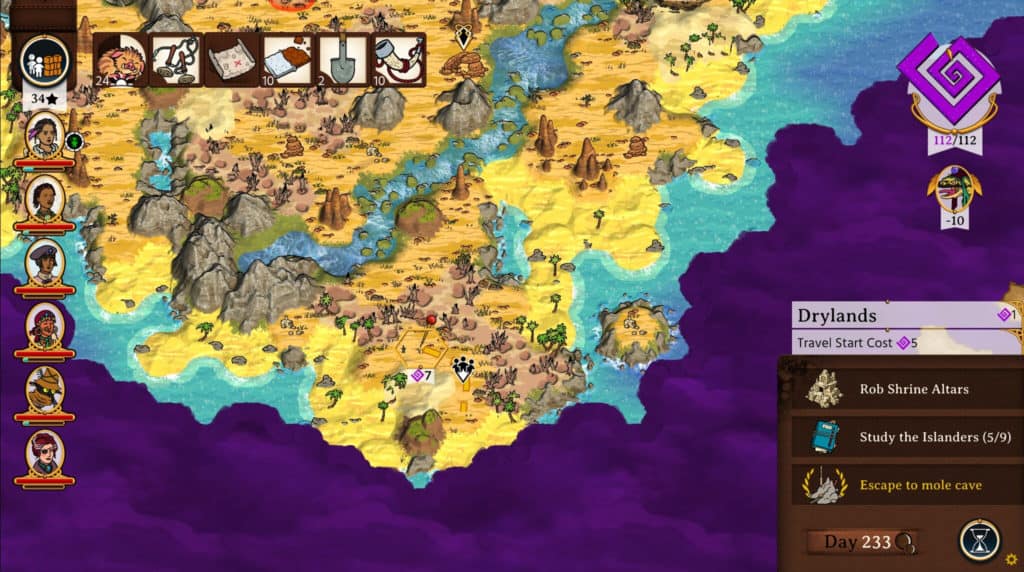 The player’s expedition team explores and uncovers parts of the map by setting markers and spending sanity. Sanity depletes by the distance traveled and sanity recovers through food and rest. If the player moves the team forward when lacking sanity, insanity events occur and the team may lose days towards the aim of the expedition. This can create gut-wrenching moments when food is scarce and there is nowhere to turn for sleep. I have had one too many missions go awry because of a lack of sanity. Don’t give up though, it is possible to reach destinations and locations even while navigating on zero sanity.

Expeditions will open many oddities, absurdities, and party stories. The player will discover shrines and temples, possibly even sinking ones, and be able to plunder loot for fame, fortune, or trade among the islanders. The team can meet islanders and learn more about the local culture or choose to become hated by pillaging everything in sight. Some islanders are unexpectedly not always human either, adding to the interesting exploration. 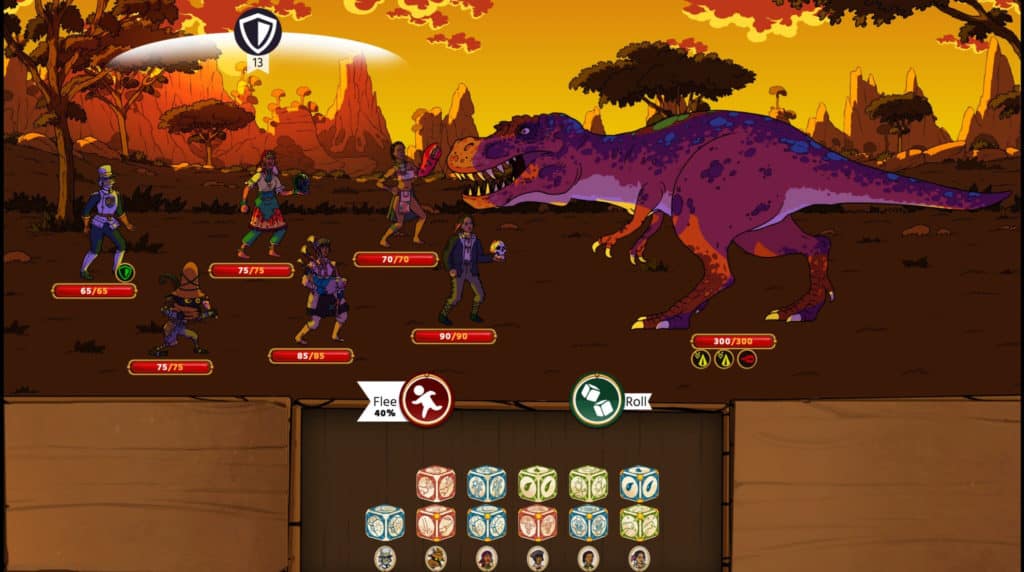 CE2 is the only game I can think of where I can lick a toad for sanity, ride a raptor, witness party members turn into abominations, and feed a serpent all in one expedition. The game can be very challenging because of resource management, sanity management, and RNG but the unexpected stories give the player a reason to continue with their voyage. All these details add to the story of the campaign of Victoria Malin as the player apprentices to her odyssey.

Director Mode is a less story-focused mode than the Campaign Mode to earn as much fame as possible and add to re-playability by increasing the difficulty for every year the player finishes. CE2 recently released an Endless Mode, continuing playable expeditions after the Campaign or Director Mode without increasing difficulty and expanding on options for replay.

Maschinen-Mensch recently released the DLC, Highlands of Avalon, enlarging the content of the game. With Highlands of Avalon, players discover a new island type along with unfamiliar terrain for party members to traverse. Different recruits, new enemies, a new tribe, more items, and equipment, along with extra unlocks come with the recent Curious Expedition 2 DLC. 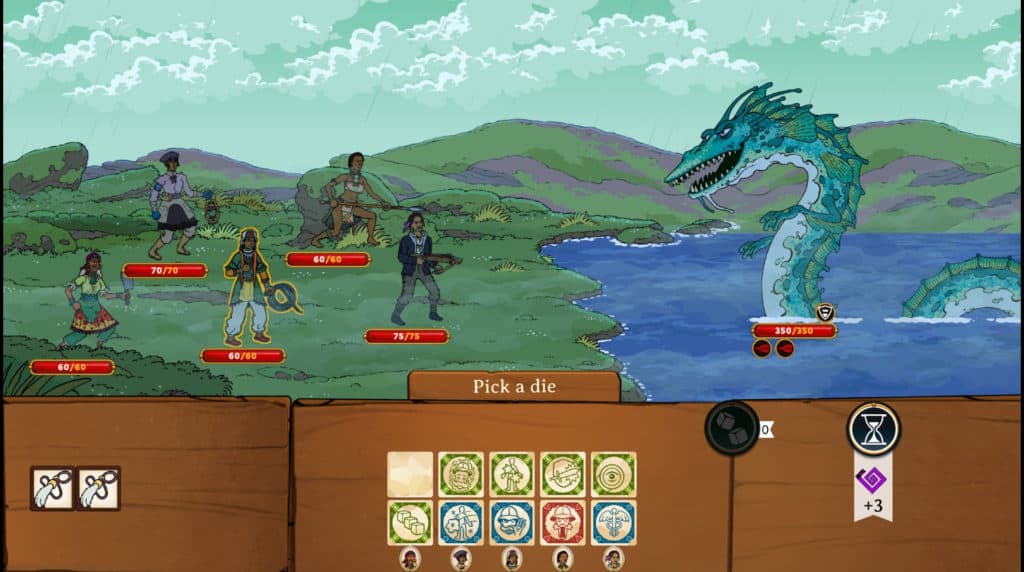 Highlands of Avalon’s map contains arduous green hills and valleys producing continuous challenges for sanity management. The new tribe, the Picts, new locations such as a wishing well, new enemies such as serpents, Kobolds, and much more are waiting for players to explore and create unique stories on their adventures. Just don’t forget party members can still become abominations or cannibalize another party member if not managed properly. Just because it’s new content does not mean old rules don’t apply. I’ve learned my lesson to the detriment of my party.

If you’re looking to explore the Highlands of Avalon in CE2, be sure to choose the expeditions with the golden goblet. CE2 is a fun exploration game I can’t seem to get enough of because of the unexpected adventures and stories. I recommend this game to anyone interested in absurd stories and interesting challenges. Curious Expedition 2 and its DLC, Highlands of Avalon, is available on PC for Steam and Nintendo Switch. Mug Club Curious Explidition 2 Review
Conclusion
Curious Expedition 2 is a fun exploration game with beautiful hand-drawn graphics, an interesting story, and unexpected surprises along the way. I personally enjoy CE2 more than the first game because of the story and artwork, but this may not be your cup of tea if you’re less interested in the story and more interested in the previous gameplay.
PROS
Every play-through is different.
Club competitions for hats.
Endless Mode and Director Mode add to replayability.
CONS
Not as clear cut as the original game
Polish issues with characters facing the wrong direction
Limited multiplayer options
8.8
*George Takei Voice* Oh My!
Where To Buy
Steam

Mug Club is Hazziesof and Nordcmonkey. They’ve been gaming together for over 20 years and share a passion for cooperative games in a variety of genres. You can catch them showcasing games on Twitch and YouTube.