Hey, it’s another Wednesday, so that means it is time for Wishlist Wednesday: Where we give you recommendations on some games you should wishlist based on our hands-on experience with them.

You can check out the other Wishlist Wednesdays by clicking HERE and you can check out our Twitter where we joined in on #indiewishlistwednesday and eventually expanded to this.

And now… Here we go…

Have been playing an alpha version of this blend of a real-time base builder, resource management, and tower defense. The tech looks great, and the gameplay is also a lot of fun. A leader board chase mechanic adds to round this game out. A demo is due out on the horizon soon and I look forward to seeing what they added to the game as I felt it had excellent features even at its early stage.

I have been in love with this game since the first demo I was able to check out. A very challenging turn-based hoard defense base builder with RPG and Roguelite elements. By day upgrade and fix the town and your heroes by night fight off the hoards of undead trying to stop you from trying to stop Armageddon. There is a demo available and the demo will get you excited if this is your kind of thing.

Seems like this week is base builder week. City builder with anthropomorphic animals and even some roguelite elements built into it. Torrential and everlasting rain wrecks the world and the 3 surviving species (you pick the 3 you want to use) attempt to live in harmony and survive in this harsh world. The demo last year was quite good, and I fell in love with the art style, looking forward to seeing the other elements and enhancements added in.

This roguelite management hybrid in early access is quite good. Play the evil side and attempt and attempt to stop the heroes from stealing the treasure. Recruit and train your minions and deal with good and bad events during the off weeks. In preparation to stop the invasions during invasion week. A good amount of content in Early Access. Steam workshop support for new minions and heroes is an excellent addition. I have written a full preview of the Early Access version you can check out here: Legend Of Keepers Preview.

While this was originally a flash-like game on Kongrage it is now developing past its roots into a fully featured roguelite with tons of items, monsters, and of course re-playability. Instead of cards that have effects, you draw cards to power up your items in various ways using basic poker style terminology. Lots of classes are in and more being added. While the game is in alpha, there is a free demo that is the entire game. So you don’t have to only wishlist it, you can play it now! 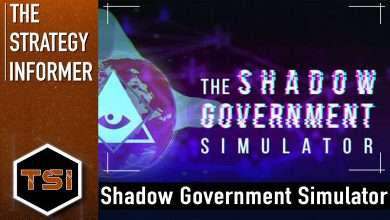