Welcome to another Wishlist Wednesday, where we go over some games that you should look into and put on your wishlists. Most of these games I have hands-on experience with either through demos, pre-release, or early access. You can check out the other Wishlist Wednesdays by clicking HERE and you can check out our TWITTER where we joined in on #indiewishlistwednesday and eventually expanded to this.

And now… On With the show.

If you ever wanted a manage a group of heroes as they go on both hand-designed and procedural quests, that act like players sitting around a table, then Epic Tavern is for you!

I can say a lot about Epic Tavern. As a matter-of-fact I have! See the preview I wrote about it a few months back.

Since then, there has been a lot of movement with the game. The slow-release problem was corrected, and they have moved to a rotating system of monthly content and alternating with features. Currently, there is a big change to the back end of the story system that will allow for more interactivity during the story.

Vault Of The Void

I got involved with this wonderful roguelite deckbuilder about 5 months back and it has received an amazing amount of love, balance, and content. The artwork here is stunning, and the gameplay brings enough new things to the table that this game is going to be hot.

‘I have written a bit before about the demo to Star Dynasties where I said this game had a very Crusader Kings in space feel to it. That immediately put it right up on my radar. This political space opera with empire management features comes out into early access on 3/16/2021. While I plan a preview of the early access, get in on this game and get it on your wishlist!

Have been checking in on this game and even involved in some suggestions and such through the discord.
Ten Thousand Coins is an RPG trading game where choices matter to the overall story. It includes a challenge mode and the story mode and has some great hand-drawn anime-inspired artwork., I believe you can still get into the alpha/beta of the game by going to the website.

I have no experience with this but my recommendation is partly based on the subject but also based on this indie dev version of a Superband this seems to be. Grey Alien the solitaire god himself Jake Birkett, Ichiro Lambe of Dejobaan Games, and the Superhot guys merge in some Voltron-like configuration to give us a time-limited city/base builder where you have 30 minutes to build up enough defense, resources, and a fleet to survive an alien invasion. I’m pogged out of my gourd! 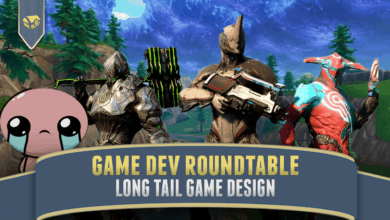 Check out the GDR…