From The Steam Page:

Before We Leave is a city building game set in a cozy corner of the universe. Nurture your Peeps and their surroundings while rebuilding and rediscovering civilisation. Settle new lands and planets while avoiding hungry Space Whales.

Welcome to 15 starting tips for Before We Leave, an Indie, non-violent, city builder and planet management game that launched on Steam on the 13th of May 2021 after spending one full year in Early Access on the EPIC store.

During this guide I will explain to you:

The very first thing you should do once you load into a new map is to survey the island’s hexes and locate the nearest clumps of forests from which you will later produce wood, piles of boulders which when demolished nets you stone, and the ruined ship which you will use to colonize your second island. 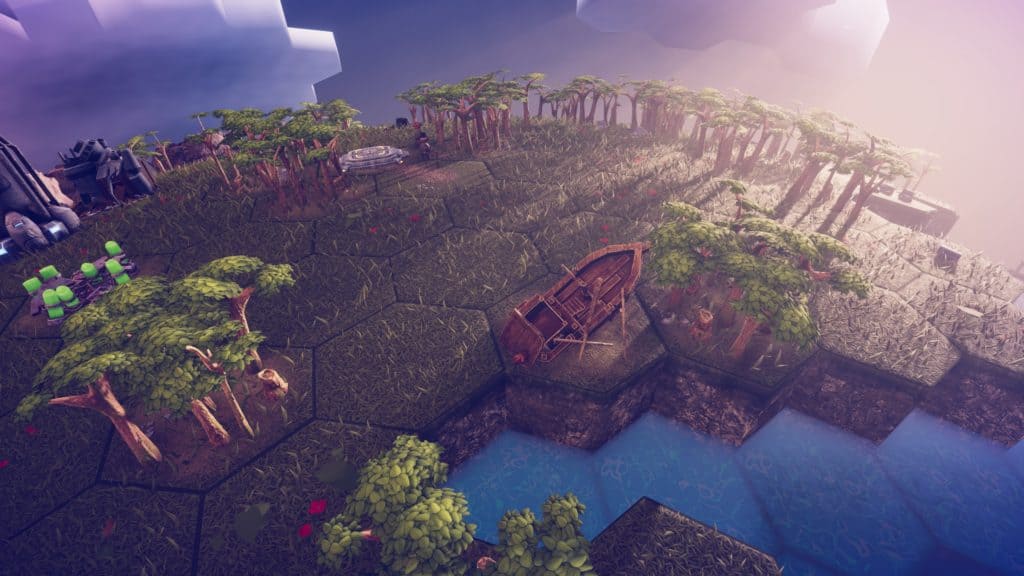 Also, you can open up all the stasis chests you find to gain additional starting resources like stones, tools, wood, etc.

Then, locate the transmogrifier[n1], a building only a few hexes from your starting shelter, which produces tools out of wood. Close to it will be a ruined generator[n2] which, when repaired, produces power. 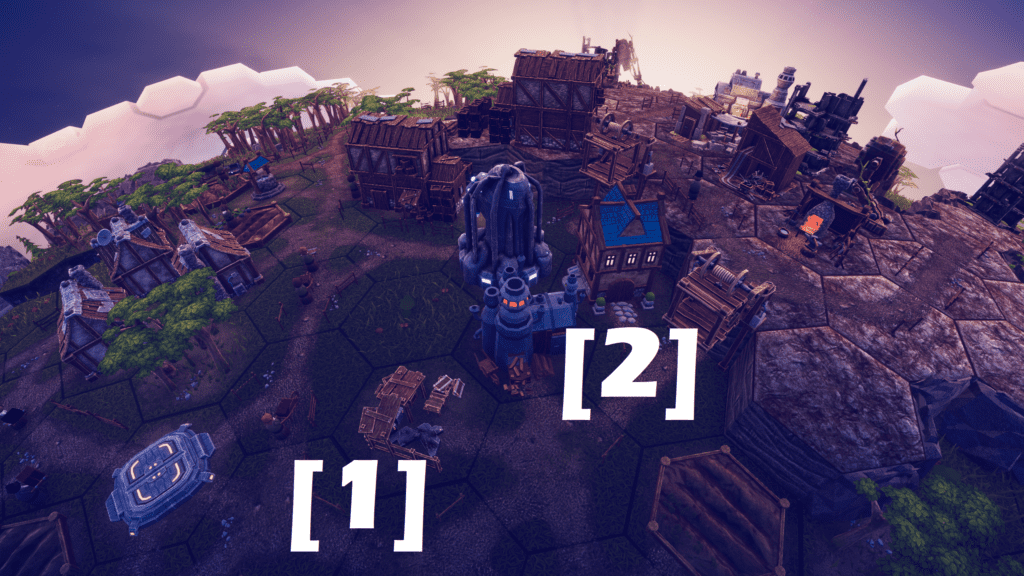 Lastly, locate the places where you can mine more stone and raw ore. These are always on top of mountains.

Now you need to plan out your roads to best use the space around your shelter. Take into account the fact that the generator, once repaired, will pollute all hexes immediately next to it and that you need roads right up against the mountains to build lifts there. Also, remember that all buildings need road access so you can’t build anything three hexes deep or it won’t be able to have road access. 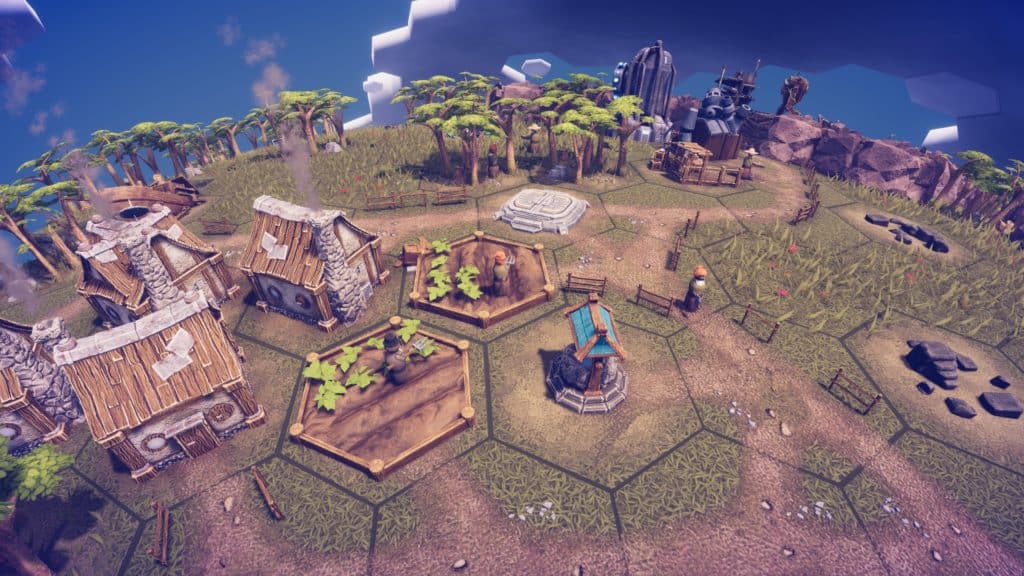 You need to learn that placing homes for your population of peeps is best done in clumps made up of 3 or more homes. This produces a proximity bonus and allows you to have many more peeps per each home. When you select a home in the build menu, you can already see an icon for this bonus in the bottom right. The bonus is capped at 2 extra peeps but the more homes you set up in a clump the less space you will use up for new peeps. 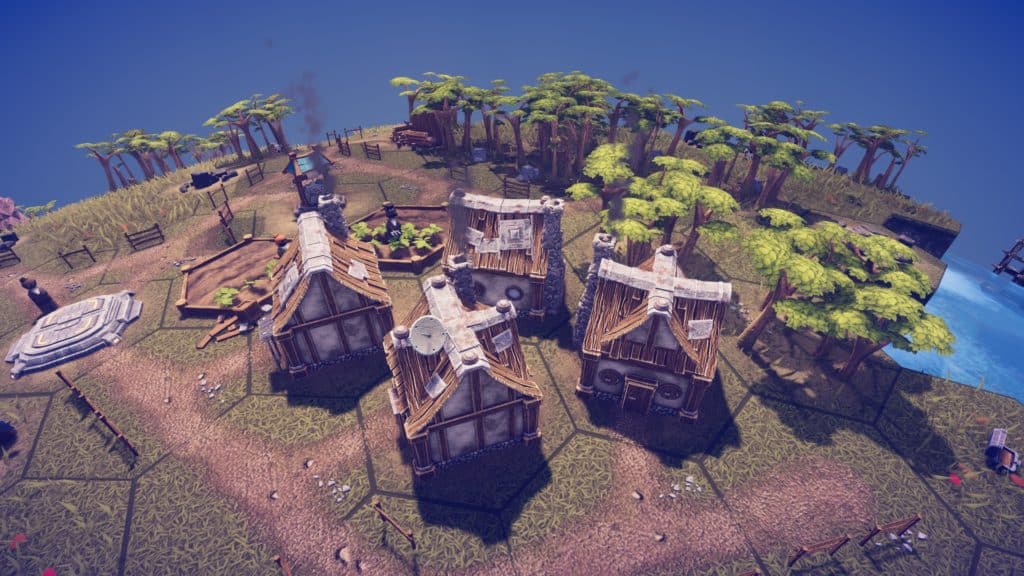 The same bonuses apply to many other buildings. A farm next to a home will have an increase in production and an extra boost if it also has a well next to it. But the well will have reduced production for each home next to it. A mine or a toolmaker will gain a productivity bonus from a warehouse or generator next door. So keep an eye on the green up and red down arrows in each building’s description on the bottom right side of the screen.

Two buildings that won’t mind the pollution created from a generator are the explorer’s hut[1] and the library[2]. So use those hexes for them and don’t worry about the pollution.

When you construct a lift to a mountain to gain access to the stone and raw ore mines, note the fact that the quarry and mine produce pollution around them, just like the generator. A good tip here is to keep production buildings, which produce pollution, on the mountain and next to each other. Later you will clean it up, but we will get to that.

Leave at least a few forested hexes here and there in the village as that will help boost the peep’s happiness, which you can boost further later, with the construction of fountains. Those you will unlock further down the tech tree.

Unlock the school using research, but don’t build it until you bring out all the peeps from the shelter into new homes. And even then, don’t build it until you actually need the extra workers. If you keep building homes and have an operational school, new peeps will keep being born and educated and your population will boom. This will be a problem early on because you can’t boost their happiness enough to offset the unhappiness produced by overpopulation. Once you repair the colony ship, use it to explore the map and find all the big islands. You will soon discover tech for a shipyard where you can build a dedicated scout ship, and that one has an extra option which I will explain later.

Now bring your colony ship to the desert island and to a hex closest to your starting island so your future trade route can be the shortest. Use the colony ship and make a port on a desert hex if you can, so you don’t waste the precious fertile hexes on the desert island. 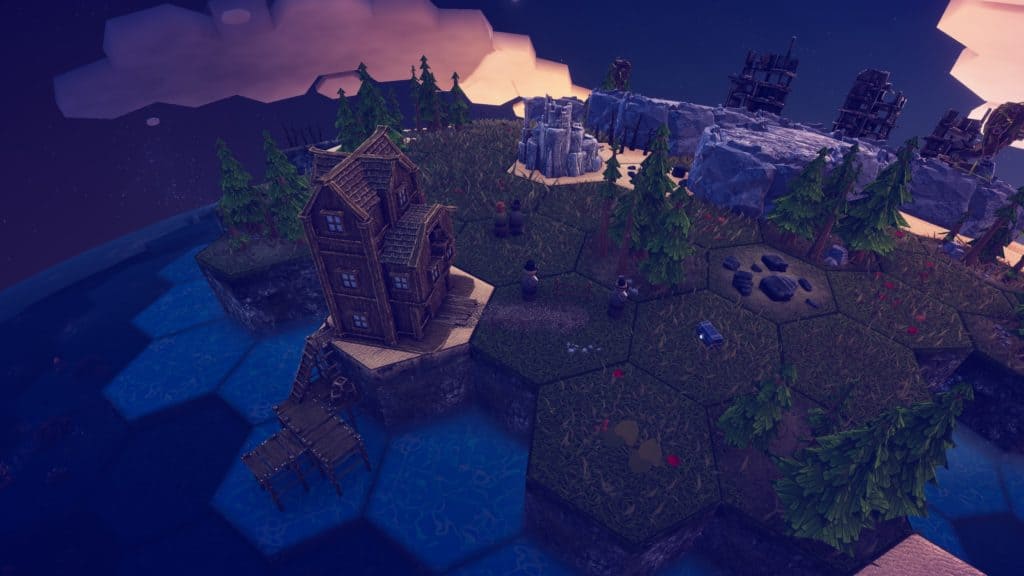 The same rules and tips apply to the desert island as they do for the starting one, with the one important difference, that you need to make a lot of orchards to produce fruit, which you should send to your starting island. This will increase the happiness of the population as it adds food variety. There are two types of food peeps eat at the same time. Vegetables and fruits. Later, you will unlock tech for meals and fruit smoothies, which give even more happiness. This will be one of the subjects for a future guide and tips article.

After building a shipyard and constructing a scout ship, you can use it to explore every nook and cranny of your first planet. Finish the exploration by parking the scout next to the second island and use the scout option, bottom right, so that you can see the entire island and all of its riches.

At the shipyard, you should construct at least two trade ships so you can transport resources and foods between the islands. Of course, you need a port on the starting island, so construct that as well. To speed up the development of the second and third islands, send them tools, tea, stone, and other necessary resources or foods from the starting island. But also bring back to your starting island red research. You do this by using the trade routes in the shipping menu. Warehouses built next to the port will help speed up the trade, but this is not a must as you can get bonuses to production if you have warehouses next to production buildings. A more important thing is to have just enough peeps for all the jobs so they can both produce and deliver goods and foods.

Lastly, after researching pollution cleaning, you can start to reduce the pollution on affected hexes by building the pollution cleaners next to your pollution producers. These do require access to water as they literally mop up pollution. So build extra wells close by to them. Just make sure not to build them on polluted hexes so as not to poison peeps. 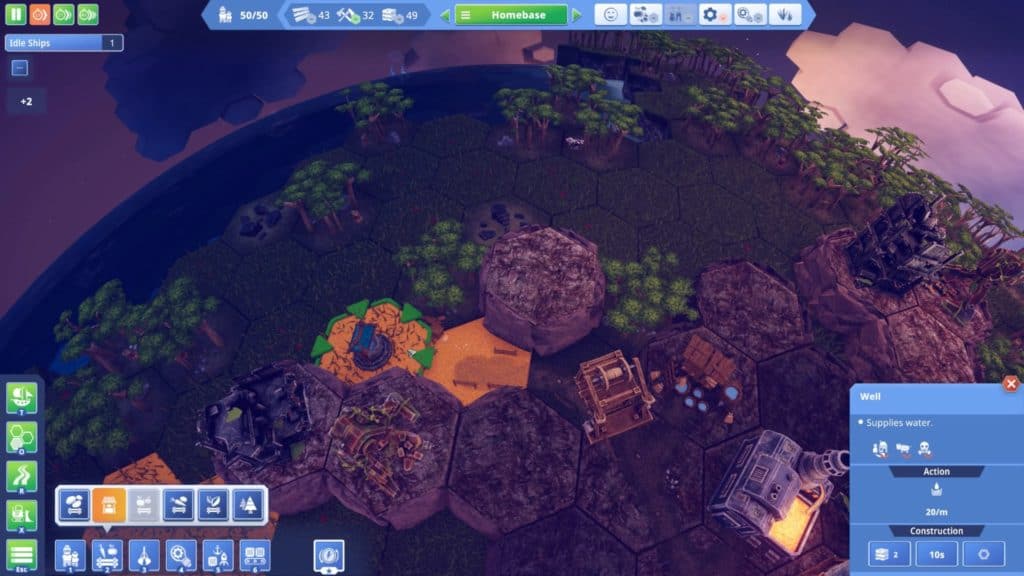 Before we leave is a complex game and has a lot of elements to it. It’s also quite zen if we don’t count the planet-eating space whales. So there are plenty more tips I can offer about it and I hope to do so in more guides about this game. If you want to see a video version of this guide on my YouTube Channel, follow link [Here] Peter is a YouTube content creator and game Guide writer with a love of strategy games spanning decades.