Facebook Twitter LinkedIn Reddit Share via Email
Sitting somewhere in the middle of the intersection of management, narrative, and RPG games is Epic Tavern. A rather unique way of playing in an environment of sitting around the table and rolling dice and watching and controlling the interactions between the characters and the dungeon master.
Developer: Hyperkinetic Studios
Platforms: PC
Players: 1
Price: $24.99

The premise of Epic Tavern has generated several exciting pull quotes from some of the best in the gaming industry for example Mark Morris of Intervision Software (Prison Architect), Ian Livingstone the creator of the Fighting Fantasy gamebooks and the co-creator of Games Workshop, and even caught the attention of Geek & Sundry to name a few. It has already generated awards like the co-winners of the MomoCon 2018 indie game awards.

There are essentially two parts to the game, the tavern section which is a light management sim. I don’t want to give anything away but the drink combo system is really cute. After introductions and large amounts of profitable alcohol you learn about your patrons, get given quests (some scripted some procedurally generated by the story system they have developed). You also deal with the hiring of hero’s here as well as equipping them and leveling them up. There is some light management and upgrading of the tavern. This ranges from new areas like the infirmary which allows you to heal your hero’s to kitchen upgrades. At the time of writing this, they had just added the ability to hang trophies on the walls. You have a set number of actions per tavern day so it almost plays out turn-based.

Customers wish to order and talk to you

A tavern has to have a good name

Its not a party till everyone is drunk

You can upgrade your tavern rooms.

The second part of the game is on the adventure map. Here is where you resolve the multi-step quests. The developers have some rich stories to tell and some of the characters even react to the other characters based on backgrounds. Or things along the way happen based on party makeup. Multiple resolution paths. Results can be affected by the skills you have. It’s all very detailed and again a good deal is happening behind the scenes.

So there are multiple events that occur and each one is resolved with a skill check. The dice rolling is very satisfying.

The storytelling is quite good and you can see that the writers are able to weave a tale. There are chances to camp, gather supplies, and random events as well as social events. This plays out similar to the old gamebooks designed by Ian Livingstone and Steve Jackson or even the old solo adventures of the tabletop RPG Tunnels and Trolls. Choices matter and can affect things later on. Even in the tutorial, your decisions will affect things later.

I’ve always wanted native RPG games where what you do affects how the story plays out. The traditional CRPG just does not pull this off. I don’t feel the typical conversation tree’s to be sufficient. Tyranny and Disco Elysium were good in this regard, so I am drawn to any game that claims “choices matter”, especially if they are in the strategy adjacent Venn Diagram.

There is the 3d in the tavern, the artwork while minimal is charming and passable. The map and quest management UI work but could use some cleaning up. At the time of writing, they are redoing the main info and party management UI, and to be honest, it needs it.

The best part of the sound is when you roll the dice, the special visual and audio effects on the different rolls are really fun. Other than that the sound is fairly minimal.

Epic Tavern is in Early Access and has been for 3 years. So my criticisms are mitigated by the fact that they are working on things. The biggest issue’s I see are the new player onboarding, the character action interface, the choices you have for how you handle a skill check (aggressive, defensive, balanced, etc…) do not have enough diffraction and there is not enough choice in the decision on which to use. The equipment system needs refining. All of these things are on the roadmap to release.

The team is small and that brings up issues with monitoring Twitter or the Steam forums. Updates to the main branch come slowly but the beta branch does get more frequent updates. They are moving to a faster release cycle including monthly content drops and I think that is needed. The speed of updates is a concern of many players.

The development team behind Epic Tavern has created a very enjoyable hybrid game. It crosses a few genres and takes some great stuff from the ones it uses. While it is still a bit rough around the edges I think they will smooth these issues out prior to release. The team is responsive and communicates well in Discord and Twitch, there are discussion weekly as well as streams. There is an old saying in investment that you bet on the jockey, not the horse, Hyperkinetic has a good deal of experience working in many genres of games in both the indie and AAA space so I feel good about the project.

Check out Epic Tavern On Steam or GOG 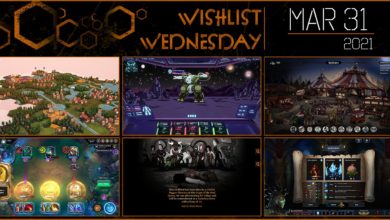