I admire independent development studios that try something completely different from one game to the next. Think of all the hours they spent getting one game into version 1.0 and published, only to then spend many more on a completely different genre. Take Team Junkfish, developers of Monstrum, a First-Person survival horror game. A few years later, they released their second game, Attack of the Earthlings, a Turn Based Strategy game. While it didn’t revolutionize the genre, and it was all over rather quickly (the campaign was completed within 12 hours), the gameplay and humor were enjoyable.

Introducing Noobs From Poland, developers of the first/third person war simulator Total Tank Simulator, featuring an insane amount of unit types from the World Wars to the present day. For their next outing, they are bringing us Total Tank Generals, a hex-based Turn Based Strategy set in World War II. Arguably, the genre and the time period are markets that are now fairly saturated, which makes me admire them more by entering both with this release. It’s all in the presentation though, and looking at the release trailer and screenshots, I felt it was worth the look. What a pleasant surprise it was to see that a playable demo was available during the Steam October Next Fest, and so not wanting to pass on the opportunity, I installed the 1.43Gb demo onto my I7-11800H / RTX 3060 laptop and gave it a go. 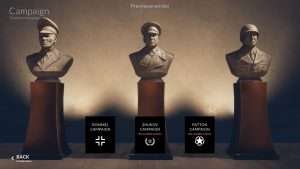 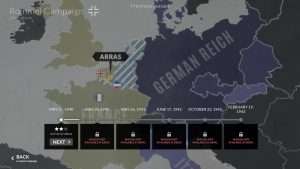 It clearly stated throughout the gameplay that this was a prelease demo, and at times it felt as much. Despite that, the demo was presented very well – the main menu, options, and campaign selections were clear and easy to get around. The Rommel Campaign was the only campaign that could be selected, but even that featured some FMV, narration included, and within a minute I was into the game.

Based on the Panzer General model, the gameplay to me felt like a cross between Unity of Command and Ogre. While it wasn’t obvious to me during the demo gameplay, the game’s unique selling point will be how the player can stack units on a hex tile to grant bonuses to other units placed on the same one, but this may be more noticeable and important when more units are available.

On that point – only a small selection of units was available for the demo, but enough to get a feel for the game. Each unit on the board had a certain amount of Action Points to use, which could be spent on moving or firing. Combat is based on a percentage chance of a hit, and a chance of causing various amounts of damage depending on what type of hex an attacking and defending unit were placed on. Air support was also available, as well as recruiting new units that cost prestige. Units gain XP, and once they reach the next level, they can be given new abilities. 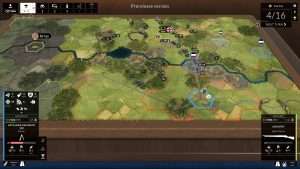 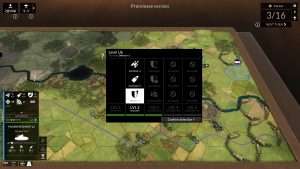 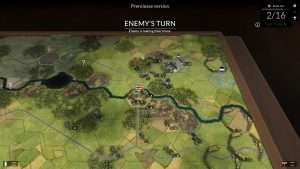 The first mission took me around half an hour to complete, and overall, it felt good to play with the bonus of no game-breaking bugs. The only thing that did bug out was the sound, which meant I spent about ten minutes listening to the continuous sound of infantry boots marching to war. That aside, it ran smoothly in both full-screen and windowed modes on high settings.

As release demos go, it did a good job of showing the player what kind of game to expect when it is released, which according to the Steam Store page is sometime in 2023. While enjoyable, it didn’t seem to do too much different from any other Turn Based Strategy game I’ve played, but that opinion is based on one mission in one campaign–one hopes we’ll see a lot more content closer to the release date.